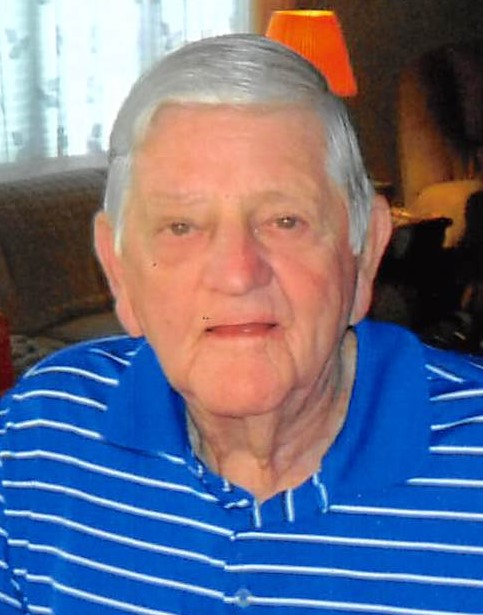 John "Jack" William Quinn, Jr., age 94 of Wilmington, DE passed away on June 5, 2022 at home. Born in an apartment above a wallpaper store in Bryn Mawr, PA to John William and Mary Coyle Quinn, he formally lived in West Philadelphia, Stonehurst section of Philadelphia, Collingdale, PA, North Wildwood, NJ, and Oceanview, DE, before spending his retirement in Wilmington, DE. After Jack graduated from Upper Darby High School in 1945, he was drafted into the Army that December and was sent to Fort McClennan in Alabama for basic training. He was deployed to Germany the same year, where he carried the Rank of Private 1st Class. He was honorably discharged from the Army returning home from Germany during the Nuremburg Trials in 1947. When home, he worked with his father in the paperhanging business. In 1950 he met his soon-to-be wife, Lois Taney, on a blind date arranged through a friend. The newlyweds started their life together a year later in Collingdale, PA. During their 30 year residence there, they had 3 children. Here, Jack started working at Quinn's Tavern as a bartender. After about 10 years he switched careers and became a mail carrier for the US Postal Service. He enjoyed meeting people on his route, walking everyday, and being outdoors. Retiring in 1988 from the Postal Service he moved to North Wildwood full time where he was an avid golfer and even worked part-time at Stone Harbor Golf Club for the next 15 years. Jack loved sports, especially baseball. His favorite teams were the Philadelphia A's and Phillies. During this time he became a grandfather to 3 granddaughters. In 2006 Lois and Jack moved to Oceanview, DE where Lois sadly passed away in 2011. Jack moved in with his son for a few years where he was called out of retirement to work his last and favorite job, getting his great-grandson, Michael, dressed, fed, and on the bus for school. At this point, Jack began to rotate houses living between his children where they took care of him. He became a great grandfather to the first of 6 great granchildren in 2012. He enjoyed spending time with them and always kept up with their various activities. In his spare time he enjoyed quiet times reading, doing crossword puzzles and Sudoku.

Jack lived a long and happy life. He was a truly good and honest man who was well loved and respected by his family and friends. He is preceded in death by his parents, beloved wife, Lois Quinn, as well as his brother Edward Quinn. He is survived by 3 children; John "Jack" W. (Ann) Quinn, III, Robert "Bob" M. (Tai) Quinn, and Patricia Ann Quinn, 3 grandchildren; Sarah (David) Alberts, Rebecca (Steven) Partesi, and Katie Quinn, and 6 great-grandchildren, Michael, Austin, Gavin, Matthew, Alexandra, and Dax. A visitation will be held on Friday, June 17, from 10:00-11:00AM with a memorial service to follow at 11:00AM at the Pagano Funeral Home, 3711 Fouk Road, Garnet Valley, PA. In lieu of flowers, memorial contributions in Jack's honor, may be made to Delaware Hospice (www.delawarehospice.org).  Online condolences may be made by visiting www.paganofuneralhome.com.