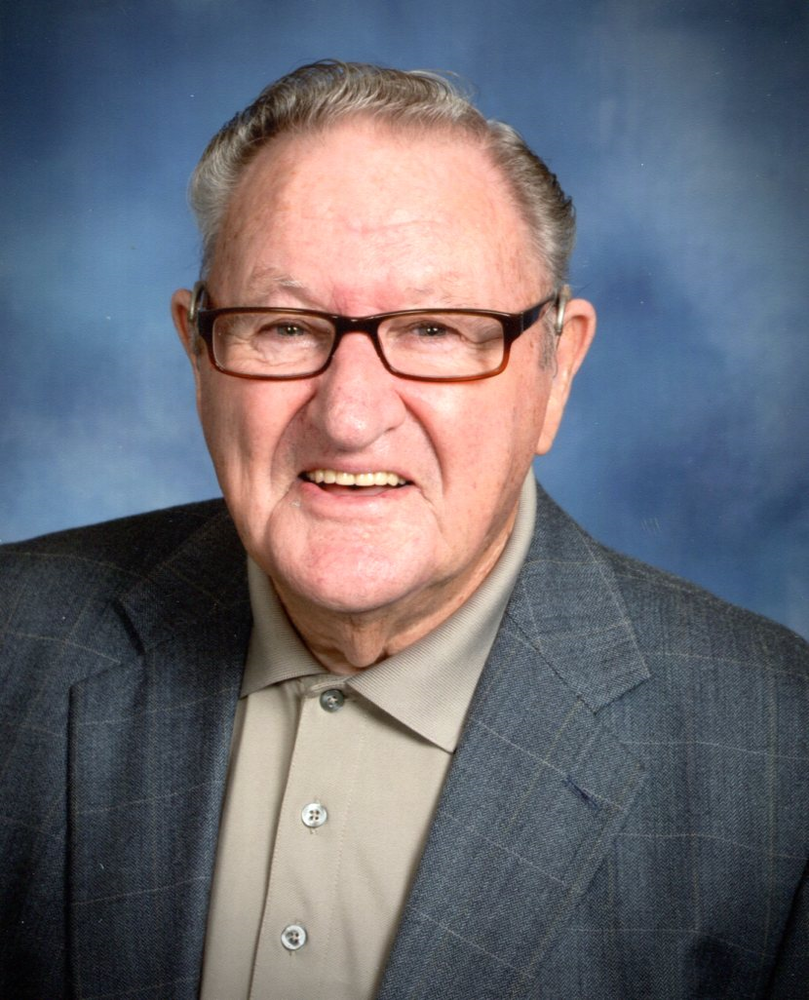 Donald D. Tribbett (Trib), age 90, of Wilmington DE, passed away on July 2, 2019. Born in Linwood, PA to the late William and Ida (Seward Tribbett), he formerly resided in Garnet Valley, PA before moving to Delaware. As a young man his first job was learning to be a butcher in the local meat market in Marcus Hook. Trib served in the Army at the end of WWII, stationed in Occupied Germany in the Tank Division and as Constable. He served as a professional driver for 18 years with a perfect driving record prior to working in the Research & Development Division of Sun Oil. Lifelong friendships were nurtured with Sun Oil buddies known as the ROMEO Club. Many happy hours were spent playing pool with his wife, Loretta and grandsons. Trib loved to entertain, showing up at parties and nursing homes with his spoons, bones, washboard, wind-up monkey and Blue Grass CDs. Trib was often referred to as the "Nicest Man I Have Ever Met"! He showed kindness to everyone and never met a stranger. Family was his everything. Always a kid at heart, the special bond he created with his great grandchildren brought joy to us all. In addition to his parents, he is predeceased by his first wife, Lucy "Sis" Tribbett, his second wife, Loretta Johnson Tribbett and his four brothers, William, Elwood, Leonard and Robert. Trib is survived by his children, Cheryl Martin (Don), Karen Hefke, Patricia Campanelli (Michael) and Wallace "Buzzy" Johnson (Holly); 10 grandchildren; 4 great grandchildren; niece, Sandy Mulder; nephews, Kip Slawter (Judy) and Paul Slawter and 7 great nieces and nephews. Memorial Services will be held on Friday July 19th, 2019, 11:00 A.M., Pagano Funeral Home, 3711 Foulk Rd., Garnet Valley, PA. Friends may call beginning 9:30 A.M.. Interment to follow at Mount Hope Cemetery.