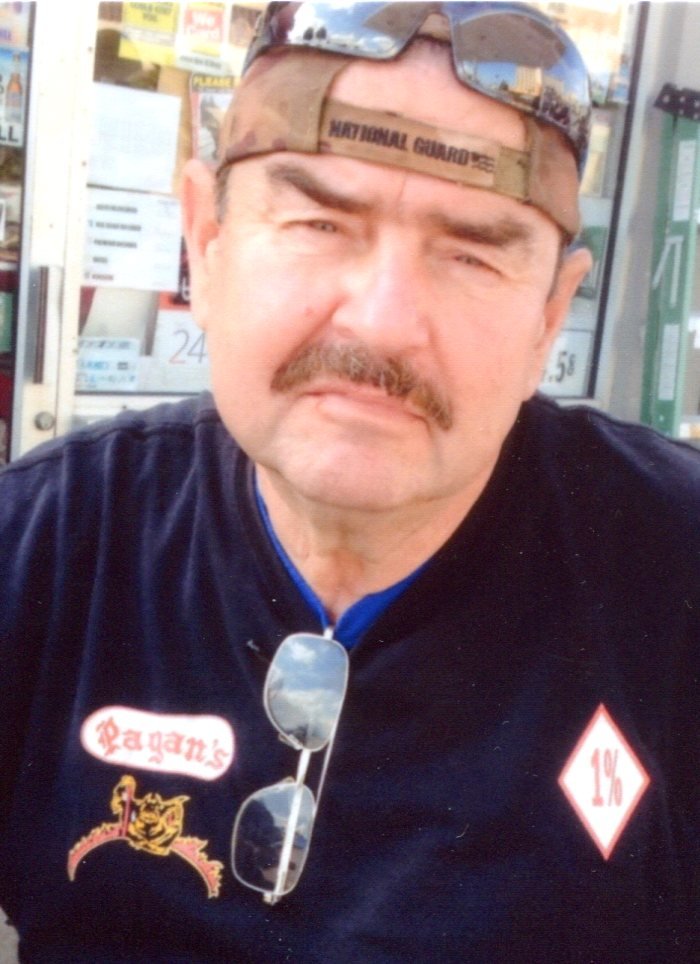 John N. "Gunslinger" Mann Sr., age 69 of Upper Chichester, PA passed away on December 30, 2018 at Riddle Memorial Hospital. Born in Chester, PA, he was a lifelong resident of Boothwyn, PA. John worked as a truck driver for various companies for 35 years retiring in 2007. He was a retired member of the Pagan's M.C. and enjoyed riding his Harley, fishing and spending time with his grandchildren.  He served in the Army during the Vietnam war and continued in the Army Reserves with a career of 20 years. John is preceded in death by his parents, August J. and Anna J. Mann and is survived by his wife of 19 years, Alice M. Zwier Mann, 4 children, John N. Mann Jr., Casey Dupla (Dan Sr.), Bradley Mann and Danielle Mann (Jerry Smith Jr.), 6 grandchildren, Stephanie Smith, Sierra Smith, Kyleigh Mann, Daniel Dupla Jr., J.D. Smith III and Dalton Smith. A visitation will be held on Saturday 2:00-3:00PM at the Pagano Funeral Home, 3711 Foulk Rd., Garnet Valley, PA followed by a Memorial Service at 3:00PM. Interment will remain private. Donations in his memory may be made to American Heart Association (www.heart.org).