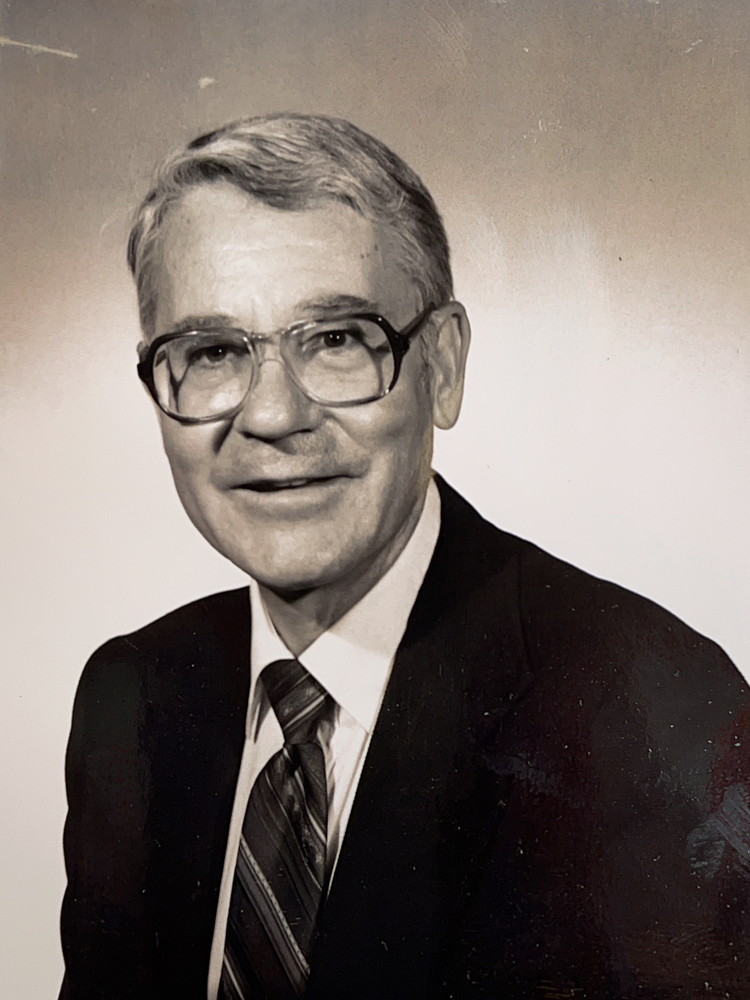 John J. Swana, 91 of Glen Mills, PA died peacefully on January 7, 2023, at Rose Court in the Maris Grove community. Born and raised in Dudley, Massachusetts, he was the son of John Stephan and Sophie (Vavro) Swana. He graduated from Bartlett High School in 1949 and from the University of Massachusetts in 1953 with a degree in electrical engineering. He received his Master's degree in electrical engineering from Columbia University in 1955. He served in the Air Force as a 1st lieutenant from 1953-1957. He spent his career working at General Electric in the Space Communications division in King of Prussia, PA.

John resided for the past 16 years in the Erickson Maris Grove Community (in Hatton Place before moving to the skilled nursing unit at Rose Court). Previously he lived in Hershey's Mill in West Chester (1992-2006) and Audubon, PA (1961-1992), where he and his wife Janice Swana raised their family. John played an instrumental part in many events of historical significance including in 1966, GE's high altitude Project Strato-Jump working with parachutist, Nick Piantanida, where the primary aim was to develop high altitude bail out techniques that could be used by astronauts as part of a launch abort procedure. In 1968 John was involved in the new portable color live TV transmission event of the Apollo 7 splashdown. His problem solving services were required and John immediately flew to the USS Essex, the recovery ship, to resolve a situation with the ATS-3 satellite before the successful splashdown of Apollo 7 occurred on October 22, 1968. He was recognized by GE for his specialized skills that were utilized to make the transmission of the Apollo 7 splashdown event a success. John was awarded a patent and further accolades by GE for his contributions to developing one of the first of its kind, a portable Medical Data Acquisition Unit used to record blood pressure, electrocardiogram, and body measurements for quick screenings in a variety of medical applications. John was a focused, lifelong problem solver. A type 1 diabetic, he carefully adjusted his diet and exercise to maintain maximum health throughout his life. John was one of the first veterans to use a CGM (continuous glucose monitor) to help maintain safe glucose levels. He tirelessly pursued a correct diagnosis of the prostate cancer he suspected he had even though medical professionals he went to initially disagreed with him. John fully researched and pursued what treatment he thought would be best for him, and went to RCG Clinics of Georgia for radiated seed implantation for his prostate cancer. He remained cancer free the rest of his life. Whatever life interests John pursued, he did so with great gusto and passion. He was an avid bicyclist, jogger, and tennis player. He gave his children an opportunity to win $100 if any of them ever beat him at tennis; they never did. He remained a curious learner his entire life. In his retirement years John enjoyed traveling to many countries with the love of his life, his "darling" wife. He took great joy in his seeing and conversing with his many nieces, nephews, and grandchildren.

Friends and family are invited to his memorial service on Saturday, January 14th at 2:00 pm at Maris Grove Chapel, 200 Maris Grove Way, Glen Mills, PA where friends may call from 1:30-2:00 PM. Interment will be private at Birmingham Lafayette Cemetery, West Chester, PA.

The family wishes to recognize the excellent support and medical care John received during his many years spent at Maris Grove and in Rose Court. He received exceptional nursing care from many medical staff (especially and tirelessly from Joy Zimmerman) along with their continued love and compassion during his many health challenges towards the end of his life. The family also thanks Willow Tree Hospice for their compassionate support of John during his last days. Donations in his memory may be sent to Joslin Diabetes Center, at www.joslin.org.

Online condolences may be made by visiting www.paganofuneralhome.com.