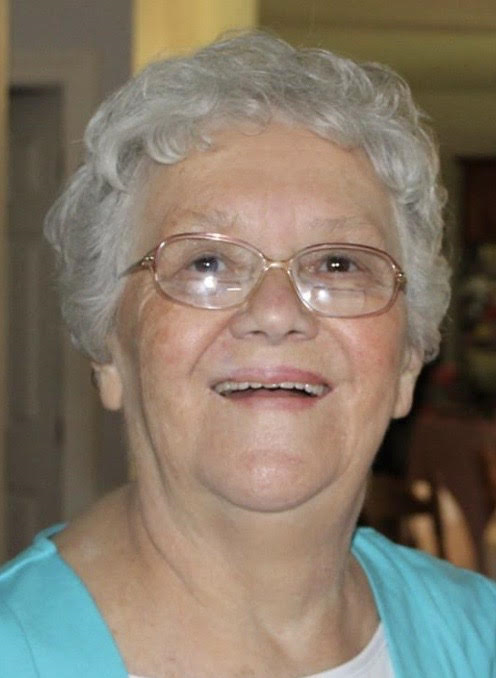 Caroline Bonner (nee Hunter), age 87, of Brookhaven, PA, formerly of Folcroft, PA, passed away on December 19,2022. She was the devoted mother of Daniel (Tina) Bonner, Jr., Sandra Holcombe, and Jeffrey (Miriam) Bonner. Born on June 9, 1935 to the late William Hunter and the late Anna Hunter (Schultz), Caroline was raised in Glenolden, PA. She attended Sharon Hill High School, but transferred to Yeadon High School for her senior year, where she graduated in 1953. Caroline met her soulmate, Daniel, when she was 13 years old. Upon graduating high school, Caroline worked as a secretary for West Philadelphia Decorating from 1953-54. She married Daniel on May 10, 1954. Eventually, the couple moved to the Delmar Village section of Folcroft, PA, where they raised their family. Caroline was influenced by her mother to be civically involved and was a Democratic Committee Woman early in her marriage, working to elect John F. Kennedy in 1960. Caroline's focus shifted from politics to local community involvement, leading to a tenure as PTA President at Delcroft Elementary School in Folcroft. While active in the community, Caroline was a devoted mother and housewife, creating a loving and nurturing environment for her growing family. Caroline's love and unconditional support did not stop at the family door. She was a true friend and support for all whom she came in contact with, serving as the glue within every community she resided. After her children were grown, Caroline and Daniel lived for a period of time in Boothwyn, PA, as well as Blakeslee, PA in the Pocono Mountains. Regardless of where she was living, Caroline was the heart and soul of the family. No matter the age of her children, Caroline always provided a sanctuary where the family could escape the realities of the world and simply bask in her unconditional love. Because of this embrace, her children, grandchildren, and great grandchildren were made to feel they were the best looking, most intelligent, and most talented people ever to walk the planet. Even as they grew, the feeling never left when they were in Caroline's presence. She provided a consistent example of what unconditional love should be.

In addition to her parents, Caroline was pre-deceased by her loving brother and sisters, William Hunter (Adelle), Anna Costigan (Joseph), Grace Rosen, Barbara Herring (Walter) and Lily Boyles (Peter). In addition to her children, she is survived by her grandchildren Jennifer Cisco (Eric), Erica Stout (Keith), Daniel III (Mary), Christopher, Amy Holcombe, Jeffrey Jr, Benjamin Holcombe, Sean and Joseph, as well as 13 great grandchildren. A viewing will be held on Thursday, December 22 from 9:00 -10:00AM at the Pagano Funeral Home, 3711 Foulk Rd., Garnet Valley, PA followed by a funeral service at 10:00AM. Interment, Edgewood Memorial Park, Glen Mills, PA. Donations in Caroline's memory may be made to St. Jude Children's Hospital (www.stjude.org). Online condolences may be made by visiting www.paganofuneralhome.com.

Share Your Memory of
Caroline
Upload Your Memory View All Memories
Be the first to upload a memory!
Share A Memory