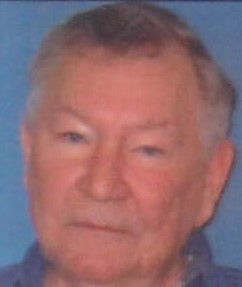 Arthur "Art" Russell III, age 89 of Ogden, PA passed away on December 3rd, 2022 at home. He was born to Arthur Russell Jr. and Mona Burns Russell in Ogden, PA, where he was a lifelong resident. Art served his country in the Navy as part of the Occupation Force in Japan after World War II and later in the Korean Conflict. After serving in the Navy, Art worked for Boeing Vertol (previously Piasecki Helicopter Corporation) and furthered his education earning his Associate Degree in Mechanical Engineering from the Pennsylvania Institute of Technology. He then worked for General Electric in their Design Department. He later worked for ACME markets and was instrumental in the development of the universal product code in conjunction with Bess Myerson in New York. In addition, Art developed software for Boeing in Tinicum and in Washington, D.C. Art also worked with the Strategic Air Command in Omaha. He was the owner and president of Russell Consulting Software, and worked with Bell Labs in Northern, NJ. Art was a member of St. Johns Episcopal Church and previously a member of St. Martin's Episcopal Church in Boothwyn, PA, where he served on the vestry and as a church school teacher. He was a past member of the Upper Chichester Business Association serving as secretary for 2 years, and a past member of the American Legion, Post 951 in Ogden, PA. Art also earned his private pilot license and enjoyed flying in small planes, often with his wife. In his spare time, he enjoyed building models of ships and planes. In addition to his parents, Art is preceded in death by his brother, Thomas Bruce Russell. He is survived by his loving wife of 68 years, Jane L. Russell (nee Peters) and their loving extended family. A visitation will be held on Saturday, December 10th, from 2-3pm at St. John Episcopal Church Parish Hall, 576 Concord Rd, Glen Mills, PA 19342. Services & Interment will be held privately at a later date. Donations in his memory may be made to St. Johns Episcopal Church, 576 Concord Rd, Glen Mills, PA 19342. Online condolences may be made by visiting www.paganofuneralhome.com.

Share Your Memory of
Arthur
Upload Your Memory View All Memories
Be the first to upload a memory!
Share A Memory