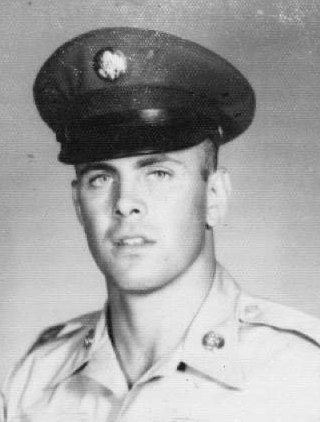 Chilton "Chick" G. Goebel, Jr., age 78, peacfully passed away surrounded by the love of his family on November 7, 2022. Born and raised in Ridley Park, PA to Naida C. and Chilton "Chick" G. Goebel, Sr., he resided in Chadds Ford, PA for the past 32 years, previously residing in Aston, PA. Chick was a veteran of the U.S. Army and served as a First Lieutenant. He was awarded with the National Defense Service, VietNam Service, VietNam Campaign, and the National Defense Service Medals. Chick was also decorated with the Bronze Star Medal. He was an alumni of the Pennsylvania Military College, now Widener University, where he received his Bachelor of Arts in English Literature. In college, he was captain of the football team, a member of the Theta Chi fraternity and a class officer. He was a proud graduate of Ridley Township High School where he played football as well. He aslo achieved the rank of Eagle Scout. He was formerly a member of St. Joseph Catholic Church in Aston, PA. Professionally, Chick was a dedicated Public Relations Counselor and one of the founding members of Goebel, Kirk and Pilato, Inc., once labeled as the best and fastest growing firm in the region. Chick loved to read and was an avid fan of Philadelphia sports, especially the Philadelphia Eagles. Most of all, he loved spending time with his family and, in particular, time with his grandchildren. In addition to his parents, he was preceded in death by his sisters; Gayle Murter and Carol Lee Goebel. Chick is survived by his loving wife of 55 years, Maryanne Greto Goebel, two sons; Chad (Drema) Goebel, and Cory (Tammi) Goebel, six grandchildren; Marianna, Harley, Michael, Derek, Taylor, and Jayson, and sister, Jean Goebel. Services are private. In lieu of flowers, memorial contributions may be made in Chick's honor to St. Joseph Catholic Church (churchofstjosephaston.org). Online condolences may be made by visiting www.paganofuneralhome.com.

Share Your Memory of
Chilton
Upload Your Memory View All Memories
Be the first to upload a memory!
Share A Memory