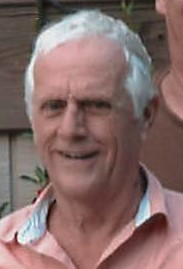 Thomas G. “Tucker” Kistler, age 68, of West Chester, Pennsylvania, passed away suddenly at home on the morning of September 28, 2022. Tucker was the very beloved husband of 18 years of Sara Lamb Kistler. Born to John D. and Theresa M. Tuite Kistler in Coaldale, Pennsylvania,Tucker was one of six boys. He deeply loved each of his five brothers. He was a loving and supportive husband.

Tucker graduated from St. James High School in Chester, Pennsylvania, in 1971. He received a bachelor’s degree in liberal studies from Neumann College in 1991 and a master’s degree in special education and reading from Mansfield University in 1994. He worked only briefly as a certified teacher, before starting his own “landscaping & property maintenance” business. The business thrived, and over the years he maintained more than 30 private residences in Wallingford, Swarthmore, and Media, and on the Main Line. His longtime clients would often embrace Tucker as family. He was a talented gardener. To add to his background knowledge, in 2013, Tucker completed a course of study in Landscape Design at Longwood Gardens.

Among Tucker’s many other interests were hunting, fishing, and collecting. He was a devoted dog lover and had many canine companions over his lifetime. He was most happy when he was in nature. He reveled in the simple joys of being at home with his wife Sara and planting and working his own property. He was an avid sports fan and followed the Philadelphia sports teams the Phillies, the Eagles, and the Flyers.

In addition to his parents, Tucker is preceded in death by his brothers Gregory Kistler and James Kistler. He is survived by his wife and his brothers John (Karen), Joseph, and Kevin (Kim) Kistler, and many nieces and nephews.

A visitation will be held Monday, October 3, from 6-8 PM at Pagano Funeral Home, 3711 Foulk Road, Garnet Valley, PA. An additional visitation will take place at St. John Fisher Catholic Church, 4225 Chichester Ave, Boothwyn, PA on Tuesday, October 4, from 9:15AM to 10:15AM followed by a Funeral Mass at 10:30AM. Interment Lawn Croft Cemetery, Linwood, PA. In lieu of flowers, the family requests that in honor of Tucker, you perform an act of kindness toward another or contribute your time or resources to a worthy cause. Online condolences may be made by visiting www.paganofuneralhome.com.

Share Your Memory of
Thomas
Upload Your Memory View All Memories
Be the first to upload a memory!
Share A Memory