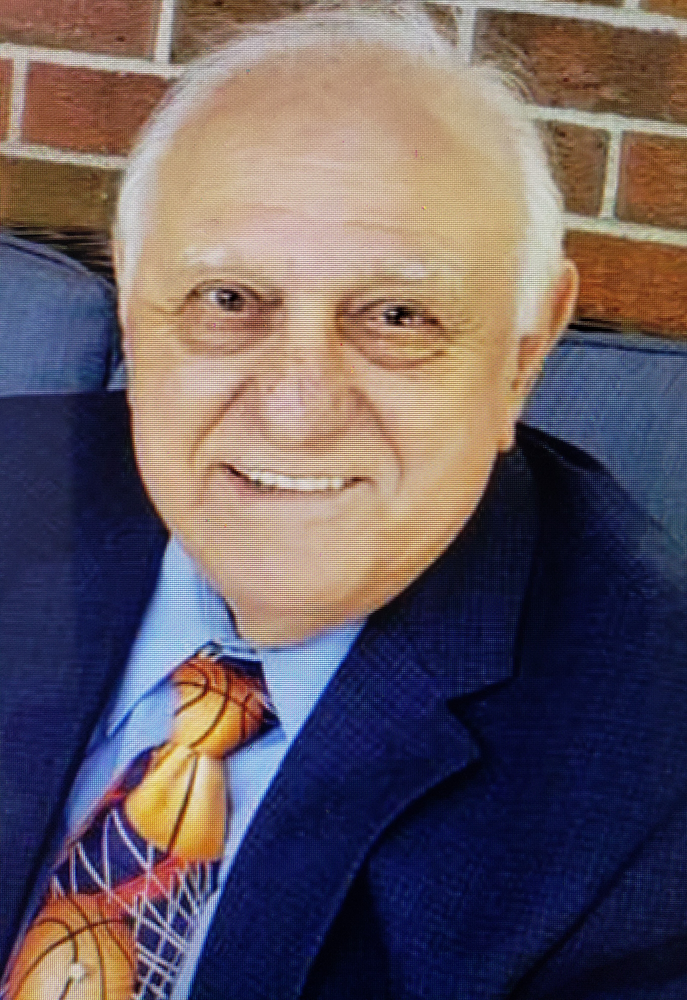 Obituary of Frank E. May Sr.

Please share a memory of Frank to include in a keepsake book for family and friends.
View Tribute Book

Frank E. May, age 84, of Glen Mills, PA passed away peacefully on September 9, 2022 at Rose Court, Maris Grove. Born & raised in Chester, PA to James & Phyllis Caratello May, Frank previously resided in N. Wilmington, DE. He was a longtime resident of Springfield, Delaware County, PA where he & his wife, Maureen raised their family. The first college graduate of the May Family, he earned a Bachelor Degree from Millersville University (where he was Captain of the Basketball Team) & a Master Degree of Education from the University of Pennsylvania. He taught Industrial Arts at Smedley Middle School, Sun Valley & Interboro High Schools & coached basketball teams at Interboro & Delaware County Community College. He will be missed by all of his past students & players. Frank was active in sports from childhood & played fast-pitch softball for Greenhalgh Pipers Championship teams. He played basketball for Chester High and many seasons in the Chester Recreation Basketball League coached by his brother, Sonny. He was a high school & college football official & in 1978 he served as President of the Chester Chapter of PIAA Football Officials. He refereed high school leagues such as Del Val, Central & Catholic & collegiate football- Division 1, Ivy League & Middle Atlantic Conference. He received the PIAA Football Official of The Year Award. As a football official, he taught evening classes at Sun Valley instructing others to become football officials. After retiring from teaching & coaching, Frank was an entrepreneur & began his own financial planning business & invested in real estate. He served as President of the Delaware County Chapter of the Pennsylvania Sports Hall of Fame & was very involved in the Delaware County All-Star Basketball Tournament, a charity fund-raising event. In addition to his parents, he is preceded in death by 6 siblings, Angeline Evers John May, Sonny May, Frances Greenhalgh, Dominic May & George May. Frank is survived by his wife of 61 years, Maureen Masse May, 3 children, Phyllis (Bernie) Lynch, Frank (Amy) May & James Vincent (Jeanine) May, 9 grandchildren, Bernie (Hailey) Lynch, Brooke & Bryn Lynch, Frank, Kaitlyn, Thomas, Dominic, Donovan & Danica May, 3 great grandchildren, Anthony, Bernie & Santino, 1 brother, James May & numerous nieces,  nephews & cousins. A viewing will be held on Wednesday, Sept. 14th, from 9-12Noon at the Pagano Funeral Home, 3711 Foulk Rd., Garnet Valley, PA followed by a Funeral Liturgy at 12 Noon. Interment will remain private at S.S. Peter & Paul Cemetery at a later date. Online condolences may be made by visiting www.paganofuneralhome.com