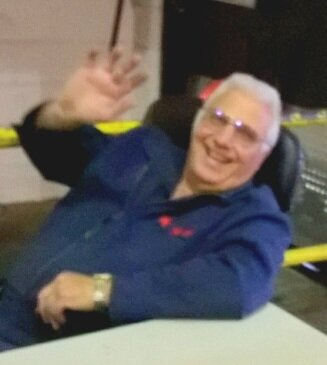 Nicholas "Nick" James Mallis, age 83, of Wilmington, DE passed away on June 1, 2022 at Riddle Memorial Hospital. Born in Philadelphia and raised in Upper Darby, PA, Nick resided for the past 50 years in Wilmington, DE, previously residing in the Overbrook Farms section of Philadelphia. Nick served his country in the Army during peacetime. Nick worked as a warehouse manager for Master Food Distributors Inc. for over 30 years before retiring. He was a gun enthusiast, who liked to work on cars, with a dog by his side at all times. In his spare time he enjoyed watching western movies, especially John Wayne movies. Nick was a man who lived for his family, he loved to have as many family members around him as often as he could.  He is preceded in death by his parents, James Nicholas and Alexandra "Loula" Peters Mallis. He is survived by his wife of 53 years Jeanne McLaughlin Mallis, 5 children; Nicky Mallis, Jackie Sando, Jim (Bridget) Mallis, Jay Mallis, and Jo Ann  (Bill) Long, siblings, Stacey (John) Koninis and Harry Mallis, 7 grandchildren; Amanda, Nina, Diana, Ashley, Rachel, Georgia, and Stephanie, and great grandchildren, Jaxon, Bronson, Kylee, Landon. A visitation will be held on Wednesday, June 8, 2022, 10-11AM  at the Pagano Funeral Home, 3711 Foulk Rd. Garnet Valley, PA followed by a funeral liturgy at 11AM. Interment will be held privately. Donations in his memory may be made to the DE Humane Association 701 A St. Wilmington, DE 19801. Online condolences may be  made by  visiting www.paganofuneralhome.com.

Share Your Memory of
Nicholas
Upload Your Memory View All Memories
Be the first to upload a memory!
Share A Memory