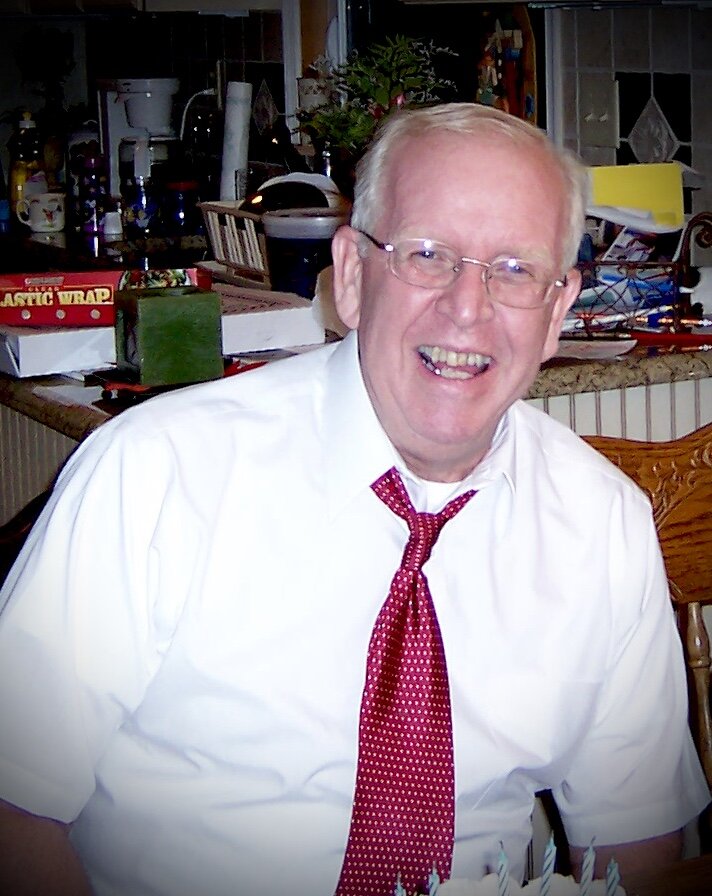 Please share a memory of John to include in a keepsake book for family and friends.
View Tribute Book

John P. "Jack' Dougherty, age 84 of Glen Mills, PA passed away on April 21, 2022 at Rose Court of Maris Grove. Born to John and Grace Hewitt Dougherty in Philadelphia, PA, Jack resided at Maris Grove for the past year, previously residing in Concord Twp. and in Springfield, PA for over 46 years. Jack was a veteran of the US Navy and was an electrical engineer with Honeywell and the former Scott Paper now Kimberly Clark for over 25 years before retiring in 1997. He was a member of St. Thomas the Apostle Catholic parish and was known for his sense of good humor, his laughter and his direct honesty. He enjoyed learning to golf and wood working. Jack was an avid reader, loved watching the "Muppets" on TV and enjoying his sailboat. He is survived by his loving wife of 59 years, Evelyn Kendro Dougherty; his daughter, Lisa (Sean) Mackenzie; his two sons, Terence (Monica) Dougherty and John (Ellie) Dougherty; his fourteen grandchildren, Jackie, Katie, Matthew, Anna, Emily, Maggie, Patrick, Michael, Andrew, Corinne, Daniel, Brendan, Maren and Terence; his brother, Robert (Ann) Dougherty and two sisters, Frances Coughlin and Elizabeth (George) Cook. A visitation will be held on Friday, April 29, 2022 from 8:45 to 9:45 AM at St. Thomas the Apostle Church, 430 Valleybrook Rd, Glen Mills, PA followed by a Memorial Mass at 10:00 AM. Interment will follow in St. Thomas Cemetery. In lieu of flowers, please make a donation to the Alzheimers Association or a charity of your choice. Online condolences may be made by visiting www.paganofuneralhome.com.