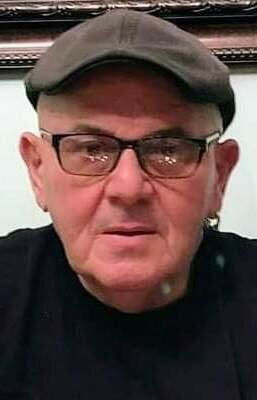 Visitation at Church of the Holy Child

Please share a memory of Nicholas to include in a keepsake book for family and friends.
View Tribute Book

Nicholas M. DiMarco Sr., age 72 of Marcus Hook, PA passed away suddenly on January 22, 2022 at St. Francis Hospital. Born in Havre de Grace, MD and raised in Upper Chichester, PA, Nick resided for the past 7 years in Marcus Hook, PA, previously residing in Wilmington, DE for 40 years, as well as Ogden, PA. He attended St. James High School and graduated from Chichester High School, class of 1969. Nick served in the U.S. Navy during the Vietnam Era. A mechanic, Nick worked for General Chemical for 35 years retiring in 2004. He was devoted to his catholic faith and enjoyed working on cars and riding his Harley Davidson. In addition to his parents, Albert J. and Anna DiMarino DiMarco, Nick is preceded in death by his son, Nicholas M. DiMarco Jr. and two brothers, Albert and Rocco DiMarco. He is survived by his former wife, Deborah DiMarco, 5 children; Stephanie DiMarco, Anna Marie Fulton Orlando, Albert J. "AJ" DiMarco, Diana DiMarco, and Jaime Moore (Scott), two siblings; Joseph DiMarco (Donna) and Mary Facciolo (Raymond), a sister-in-law, Carol DiMarco and 18 grandchildren. A visitation will be held on Saturday, February 5, 2022 from 10-11AM at Church of the Holy Child, 2500 Naamans Rd. Wilmington, DE, followed by a Funeral Mass at 11AM. (Facemasks are required in the church regardless of vaccination status). Interment will remain private. Online condolences may be made by visiting www.paganofuneralhome.com.

Share Your Memory of
Nicholas
Upload Your Memory View All Memories
Be the first to upload a memory!
Share A Memory