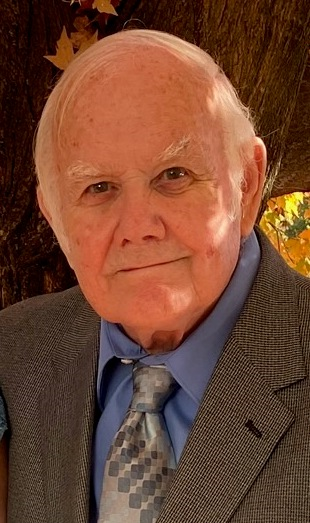 James W. Eskow, age 82 of Claymont, DE, passed away on November 7, 2021 at home. Born to Peter and Winifred Miller Eskow in Brooklyn, NY, Jim resided in Valley Stream, NY and Readburn, NY. In adulthood, Jim resided in Wanamassa, NJ and Phillipsburg, NJ, before residing the last 9 years in Claymont, DE. A veteran, he was in the Air Force between 1962-1966, and stationed at Keesler Air Force Base, Mississippi and Minot Air Force Base, North Dakota. After leaving the Air Force, Jim received training to become an Electronics Engineer before retiring in 2012. After retiring, he enjoyed spending time at home relaxing with his beloved wife, Ann, and dog, Pepe. In his spare time, Jim liked woodworking and made clocks, tables and shelving. He enjoyed dancing at weddings and other events. In his earlier years, he liked deer hunting and photography. He also had a love for baseball and was a fan of the Brooklyn Dodgers. In addition to his parents, Jim is preceded in death by his brothers, Jerry and John Eskow. He is survived by his loving wife of 47 years, Ann M. Stabile Eskow, his children, Peter and Christopher Eskow and Elizabeth (Paul) Melniczek, his brother, Joseph Eskow, and 3 grandchildren, Lucas, Nora and Jason Melniczek. A Viewing will be held on Friday, November 12, 2021 from 2-3PM at Pagano Funeral Home, 3711 Foulk Rd. Garnet Valley, PA, followed by a Funeral Liturgy at 3PM. Interment will remain private. Donations in his name may be made to the American Cancer Society (cancer.org). Online condolences may be made by visiting www.paganofuneralhome.com.

Share Your Memory of
James
Upload Your Memory View All Memories
Be the first to upload a memory!
Share A Memory