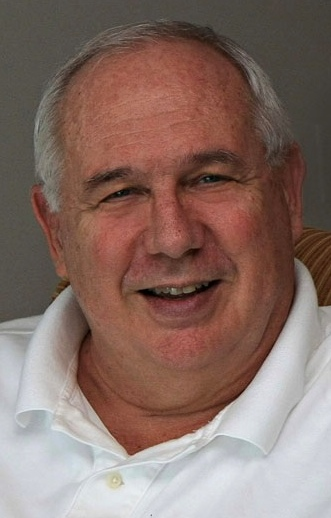 Michael Colston, age 80 of Glen Mills, PA died on November 1, 2021 at his residence with his wife and children by his side. Born to Curtis and Sarah Gilbo Colston in Elizabeth City, NC, he spent most of his childhood in Patchogue, Long Island, NY. Mike was a 1963 graduate of The United States Naval Academy and he served his country as a United States Naval Officer for 26 years. Mike was described in the 1963 academy yearbook as a scholar/athlete with an easy going personality. It also mentions that he excelled at cross country, football and chess. Mike had a satisfying career as a computer engineer and helped IBM launch its first successful family of mainframe computers in the late 1960's and early 1970's. In his later years, he held executive and consultant positions in the computer industry. He loved piloting his boat on the North Carolina Intercoastal Waterway. He enjoyed drinking champagne and was the family's Scrabble Champion. Most of all, Michael was a devoted husband, father and grandfather who loved spending time with his family. In addition to his parents, Michael is preceded in death by his sister, Karen Colston and brother, Rudy Colston. He is survived by his loving wife of 58 years, Eleanor Warnock Colston, sons; Captain Michael MD USN (Maggie), Mark, and Gregory (Annika), daughter, Kristen (Michael) Busenkell, and grandchildren; John, Emma, Sophie, Max, Grey, Gabrielle, Eleanor, William, Paul, and Claire. A viewing will be held on Sunday, November 7, 2021 from 12-1PM at the Pagano Funeral Home, 3711 Foulk Rd., Garnet Valley, PA, followed by a funeral service at 1PM. Inurnment at United States Naval Academy Cemetery at a later date. Donations in his memory may be made to Mainline Home Care and Hospice. Online condolences may be made by visiting www.paganofuneralhome.com.

Share Your Memory of
Michael
Upload Your Memory View All Memories
Be the first to upload a memory!
Share A Memory