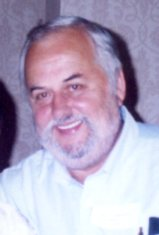 Donald J. Masse, age 77, of Garnet Valley, PA passed away on December 22, 2020 at Riddle Memorial Hospital. Born to Albert and Emma Shaler Masse in Chester, PA, Donald has resided in Riddle Village for the past 3 years, previously residing in Garnet Valley for 32 years. He graduated from Chester High School, Class of 1961 and received a degree from Cheyney University where he also played football. He played semi-pro football following college. Don was a veteran serving in the U.S. Army Reserves. He was a long time Industrial Arts teacher at the Chester High School where he was also the High School Football Coach from 1991-94 and a long-time assistant who was the offensive coordinator for the 1989 and 1990 Del-Val League champion Clippers. Donald loved coaching, but enjoyed helping each of his players excel in all walks of life even more. He loved his players like they were his sons and remembered them fondly. Donald was devoted to his faith and a member of St. Cornelius Catholic Church. He sang in the choir at the church and also sang in the St. James choir and at his youngest son's wedding. Don was a 4th Degree Knight of the Knights of Columbus, Council #12391 and served as a District Deputy and Grand Knight. He loved working with the Knights of Columbus and helping as many people as he could. Donald was an avid Philadelphia Eagles, Phillies and Flyers fan. Norm Van Brocklin was one of his favorite players and his favorite highlight was watching the Eagles win the 1960 NFL championship over Vince Lombardi's Green Bay Packers. Don also was ecstatic seeing the Eagles win their first Super Bowl three years ago and the Phillies capture the 2008 World Series. Don enjoyed woodworking and designed his children's bunk beds when they were young as well as various furniture pieces. He also enjoyed swimming in the family pool which hosted weekly get-togethers throughout the summers. Don was a devoted husband, father and grandfather who would do anything for his family. His happiest times were times spent with his family and he was a friend to all. He is survived by his wife of 50 years of marriage, Shirley A. Boyko Masse; his two sons, Donald (Carrie Brown) Masse and Christopher (Melissa) Masse; his three grandchildren, Katie Masse, Logan Masse-Brown, and Aurora Masse-Brown; his brother, Gerald (Peggy) Masse; and sister, Maureen (Frank) May. A visitation will be held on Saturday, June 19, 2021 from 9-10AM at St. Cornelius Catholic Church, 160 Ridge Rd., Chadds Ford, PA followed by a Funeral Mass at 10:00AM. Online condolences may be made by visiting (www.paganofuneralhome.com).