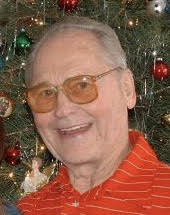 Frank Damanskis, age 93 of Quakertown, PA passed away on November 18, 2019 at the Quakertown Center, Quakertown, PA. Born to Waclaw & Emily Grigalaitas Damanskis, he was raised in Philadelphia, PA. Frank was a longtime resident of Darby Twp., PA. He served in the Army Air Force towards the end of WWII. A plumber by trade, he was employed by several businesses in the area. He also was a Union Carpenter. Frank was devoted to his faith and a member of the 1st Assembly of God Church in Wilmington, DE and later the Evangel Assembly of God Church in Perkasie, PA. In addition to his parents, he is preceded in death by his former wife, Judy Baker, a sister, Stella Matus and 4 brothers, Peter, John, Paul & Charles Damanskis. He is survived by 2 daughters, Emily Geib and husband George and Frances McLean and husband Brian, and grandchildren, Crystal & Nicole McLean & Julia, Glenn, Connor, Bryce & Austin Geib. Graveside services will be held on Monday, November 25, 2019 at 11:00AM at Glenwood Memorial Gardens, 2321 West Chester Pike, Broomall, PA 19008.

Share Your Memory of
Frank
Upload Your Memory View All Memories
Be the first to upload a memory!