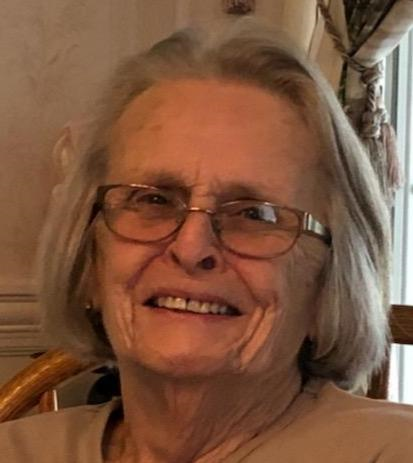 Dorothy E. Johnson, age 81, of Garnet Valley passed away peacefully at home on November 1, 2019 surrounded by family. Born in Philadelphia, PA to the late Charles and Rose (Freidman) Handley. She grew up in the Meadows section of Southwest Philadelphia.  She was a 1956 graduate of John Bartram Highschool.  Married to the late Charles D. Johnson, Sr. for 50 years, they lived in Colwyn for 10 years, bought property in1959 in Garnet Valley, building a home and living there for 53 years. In addition to her parents, she was preceded in death by 2 brothers Allen Handley and Charles Theodore Handley. "Dot"worked at a bank before having children and becoming a homemaker. In addition, she earned a certificate in dress design making bridal, prom gowns and other clothing, Brandywine Civil War Reenactment uniforms, alterations for Sterns of Media, made clothes for Comedienne Julie DeJohn. Dot enjoyed tending to her flowers in her many gardens. She was an avid Phillies and Eagles Fan.  A Devoted Mother, she is survived by her 3 children; Diana Crowther (Richard) of Upper Chichester, Charles Johnson (Jean) of Havertown and Dawn Hamel (Dan) of North Carolina, grandson; Ron Crowther, granddaughter; Cheryl Cylc (Gabe), great grandchildren; Danielle and Ron Crowther, siblings; Joan Newlin of Virginia, Barbara Ann Izzo (Carmen) of Cleona, PA, Olga Nina Frey of Arizona, Bill Handley of Philadelphia and Jenece Whitsitt of Kansas. A visitations will take place on Friday, November 8th from 10-11AM  followed by a funeral service at 11AM at the Pagano Funeral Home, 3711 Foulk Rd., Garnet Valley, PA. Interment to follow at Edgewood Memorial Park in Glen Mills. Online condolences may be made by visiting www.paganofuneralhome.com.

Share Your Memory of
Dorothy
Upload Your Memory View All Memories
Be the first to upload a memory!